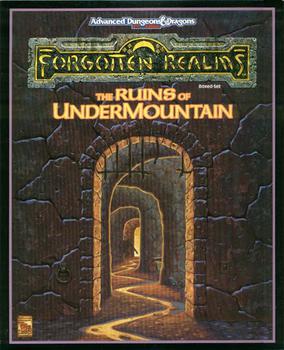 The adventure begins one moonlit night, when PCs are walking in the vast moors south of the city. The Darker the Knight, the more ghosts will walk... The party's objective is to steal the gold that a tyrant would use to pay the mercenaries he has hired to take over the town of Elderwood. The adventure plays out as a caper over three in-game days. With the dawning of the Age of Lost Omens, a supernatural hurricane known as the Eye of Abendego brought ruin to the nation of Lirgen. Today, what was once a powerful nation exists as a flooded swampland, its fallen cities immersed under the endless flood of a perpetual storm. In Hyrantam, the ruined capital of Lirgen, a few stubborn survivors have managed to eke out a living for themselves, but now, strange new patterns in the storm that constantly looms on the horizon have swept local predators into violent frenzies. Worse, a new sect of strange seers known as the Stormreaders has come to the area, and its demands on the people of Hyrantam have grown increasingly dire. What link might the Stormreaders have to these new squalls, and what vile plots might they be hatching from their new seat of power deep in the drowned city’s ruins? Seers of the Drowned City is an adventure for 6th-level characters and features a poster map of the ruins of Hyrantam. The author of this adventure, Nicholas Wasko, was the Season 9 winner of the RPG Superstar contest, in which hundreds of unpublished authors compete for the chance to write a Pathfinder Module. In addition, this book contains a host of new monsters and magic items designed by the contest’s talented runners-up. Seers of the Drowned City is designed for four characters and uses the medium XP track. The characters will reach 8th level by the end of the adventure.

The Amulet of a Demon Prince In a few days, the rising blood moon will reveal the resting-place of the soul amulet of a forgotten demon prince. A dark lord seeks the amulet, and if he finds it ultimate power is within his grasp. Someone must stop him and his diabolical scheme before evil is unleashed! But for the heroes to beat the dark lord to his prize, they must travel through time and conquer demonic foes! A Battle Throughout Time Chaos Rising is a classic dungeon exploration adventure by Jim Collura, designed for 4 or more characters of at least 12th level. It details an ancient and abandoned dwarven citadel where the demon?s amulet is hidden and provides unique encounters allowing the players to travel back in time to shape the very future itself! Chaos Rising supports monsters found in the Tome of Horrors.

Run, play or splice up 66 pages of mayhem and weirdness in this Slavic mythic-inspired (with an acid fantasy-twist) mini-sandbox for Labyrinth Lord or the well-aged fantasy rpg of your druthers. Contains: • A 25-site pointcrawl of the otherwordly Slumbering Ursine Dunes region. Beyond the big ticket adventure sites you will find along the way a Polevik-haunted rye field, a Zardoz head-living hermit, bearling pilgrimage site, antediluvian beaver engineers and other assorted madness. • Two separate “dungeons”, the bio-mechanical, lost-in-time Golden Barge and the faction-contested Glittering Tower, with enough detail and portability to be slotted into an existing campaign. • The Chaos Index, a dynamic events system for modeling the mythic weirdness of the Dunes. Actions of the players in the sandbox will escalate or de-escalate the levels of events. • Four competing factions operating inside the Dunes, plus guidelines for their mutual interactions.

An adventure for starting characters When vicious bandits waylay a caravan bound for an outpost on the edge of civilization, the player characters are the only survivors, trapped and lost in a hostile wilderness. If they would live to see another day, they must learn to work together and discover the people they might one day become. This adventure is designed for a group of starting characters and is especially suited to new players.

Caravans are having a difficult time getting through to Parnast via the Black Road. Organized attacks by orcs and other monstrous humanoids working in concert with one another have folks baffled. Little do they know that an unusually intelligent hill giant, going by the name of Bad Fruul is to blame. SEER has sent her emissary Hsing, to task your group to accompany a caravan with a very special cargo destined for the Shrine of Axes in Parnast, and to figure out who is responsible. A Two Hour Adventure for 1st-4th Level Characters The wizard Abracadamus hid the Forever Stone in the darkest depths of a failing mine, coerced monsters into serving as guardians, and rigged the dungeon with traps galore. Then he died, as all good wizards do. Many heroes have fallen prey to the Forever Stone’s lure of immortality. To date, only one stalwart band has plunged into the Mines of Madness and lived to tell the tale. You think you’re better than them? You think you got what it takes to grab life by the stones and conquer the dungeon that won the 2012 Gygaxian Award* for Bonecrushing Awesomeness? We seriously doubt it, but go ahead . . . prove us wrong! Mines of Madness is a Very Special D&D® Next Adventure written for PAX East 2013 and designed for four 3rd-level characters.

From the magazine: "Even the gods slip up now and then, but few dare remind them of it." Ri Conn's son was killed by the white boar of Kilfay, and he has passed sentence of death upon it! What starts as a hunting expedition for the PCs ends up being a grand adventure through the forest. Several interesting set pieces on the path of the boar's rampage are included in the adventure. The path of destruction leads through a goblin camp and ends in the tower of a now-dead mage (which still holds the target of the boar's ire, a mutated bulette that the mage bred). Will the party help the boar kill the bulette mutation, or let it free? A straightforward adventure through the forest. Recommended 6 or more players of levels 3-7. The fabled mines of Dhol Kuldhir once showered the Dalelands, Cormyr, and points beyond with precious gems and expertly crafted jewels. Operating from a hidden complex in the Thunder Peaks, their exquisite craftsmanship was said to rival that of even Thunderholme. Almost as quickly as it rose to prominence it vanished, along with all of the dwarven miners, crafters, and untold riches. Some speculate that the mine ran dry, and the inhabitants abandoned it for a more plentiful location. Others believe that they probably fell victim to one of the many goblin tribes plaguing the area. The truth, however, is much more grave. Centuries later, the nearby town of Keen is beset upon by unlikely thieves, the local innkeeper charges a small band of unlikely allies to investigate the string of burglaries. What they uncover leads them to the long-lost dwarven mine. In the darkness, they will have to brave insidious traps, cunning monsters, and the dreaded new lord of Dhol Kuldhir.

A bizarre puppet master pulls the strings in this introductory RAVENLOFT® adventure for lower level characters. A mad puppeteer has set up shop in a small town. By day, he creates horrific living puppets, also know as doll golems, to spread evil and death. Dark Water Trap is a mini-adventure that has a single encounter that involves Duergar using darkness and anti-darkvision to get the player to fall into a Pit trap full of water, so that the party will drown. The encounter either works as a standalone (Ie. the Duergar have been causing trouble), or as a part of a larger adventure or dungeon, Duegar or otherwise. The Rise of the Runelords Adventure Path continues! A sudden string of brutal killings terrorizes the town of Sandpoint, and the killer's mark bears a familiar shape. Investigation leads to the Lost Coast's most notorious haunted mansion, a dilapidated ruin that has become the lair of a monstrous murderer. Yet this killer is but one of many, a member of a group of fanatic cutthroats calling themselves the Skinsaw Men. To defeat the cult, the PCs must travel to the bustling city of Magnimar to unravel the sinister source of these murders before they become the Skinsaw Men's next victims!