Watch out! This is the AdventureLookup development preview. All data you insert here is regularly wiped. Check out https://adventurelookup.com for the real website.
Adventures Login or Register
Add a new adventure
Random Adventure
A community for lazy dungeon masters
201 adventures found
Shrine of the Feathered Serpent
3.5
Level 12
12 pages
0  0

The couatl Tlanextic saved the village of Pearlglen from a terrible plague many years ago, and now he has returned. But why is he hiding in an abandoned temple in the woods instead of working in town, the way he once did? And what exactly is the threat to the village this time? Does the mysterious death of the town's chief warden at the bony hands of skeletons have anything to do with it? Download this new adventure by Skip Williams and give your PCs a bit of detective work to do to find out what's really happening in Pearlglen. Shrine of the Feathered Serpent is a short adventure for four 12th-level player characters (PCs). The scenario is set in a forested area, and the action takes place in the village of Pearlglen and a nearby, half-ruined temple. As always, feel free to adapt the material presented here as you see fit to make it work with your campaign. The Iron Route, an important trade road east of Phlan, is beset by competing bandits. An exiled Black Fist officer leads his band of mercenaries turned cloaked ruffians, while a mysterious dragonborn sorcerer commands screaming savages from the north. In this war over the trade route, the beleaguered merchants are the victims, and Phlan suffers from a lack of supplies. It’s up to adventurers to strike out and reopen this vital route.

Jelendra, a tulani of summer, has gathered a small following of dark fey creatures to help her get revenge against the Highridge Arcane eladrin elders. When they had the nerve to question her interest (they called it “obsession”) in the destructive power of the Wild Hunt, Jelendra flew into a rage and stormed out of the Highridge Arcane. Now, she controls a fane to an ancient spirit of the Wild Hunt. Not knowing what became of her, the elders ask the adventurers to find Jelendra. “Let her know that she is missed, and we want her to return home,” one elder says. Charasta, an old white dragon, has not reached her age by being unprepared or foolish she is, in fact, much more intelligent than most white dragons. Her lair is well defended and tailor-made to help her defend herself. Not only that, but when she leaves the caves to hunt she’s taken to using change self to disguise her exact color. This wily white makes a perfect foe for your party adventuring in the North of Faerûn or in almost any other campaign setting as well. 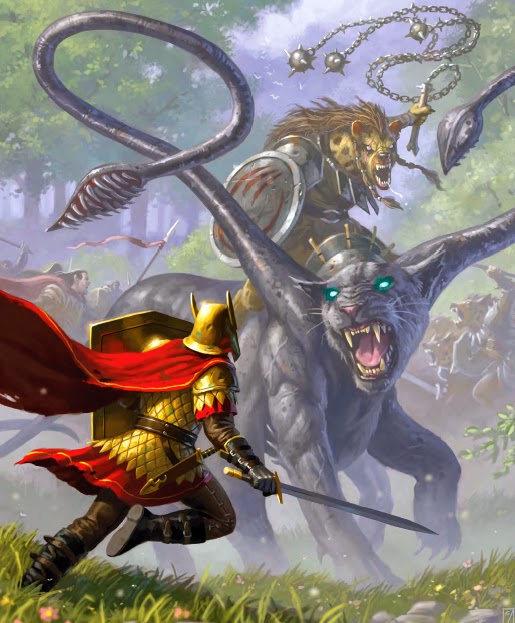 A proud paladin’s quest for glory against marauding orcs ends in tragic failure with his disappearance and presumed death. Worse still, an artifact of his faith entrusted to him has gone missing. Can the adventurers reclaim the artifact and force an end to the hostilities, or will the brightest beacon of good in the Western Heartlands be extinguished? When Monsters threaten the village of Crystalbrook, it's up to adventurers to track down where they're coming from. The investigation leads them on a journey across planes. In the Feywild, the heroes must explore an enchanted island garden and unravel the plot of a foul hag, before she and her fiendish companion can perform a ritual to seize control of the island. "Beyond the Crystal Cave" is a Dungeons & Dragons adventure designed for the winter 2011 season of the D&D Encounters official play program. This season incorporates character options from Player's Option: Heroes of the Feywild, and it comes with three full-color maps, thirteen ready-to-play encounters, and information on the D&D Encounters program.

Wicked forces conspire to usurp the power of the Raven Queen, god of death, by unraveling the foundations of reality. To prevent this cosmic coup, mighty heroes must survive an epic journey into the Shadowfell's timeless core, where all things find their end. The beginning of the end of the original 4th edition adventure path (although ties are very light to the heroic and elite tier adventures). The PCs must first prove themselves worthy to act as the Raven Queen's agents. They will then be sent to Death's Reach, a graveyard and dumping ground from the Dawn's War. There, they must fight through the Black Star Host- powerful elemental beings, to prevent Orcus was resurrecting a primordial, Timesus the Black Star. One notable encounter is a random encounter with the Worm of Ages. This huge worm has the ability to swallow and rules for moving creatures from its maw to its throat, gullet, and into the stomach.