Bandits have been preying on the caravan trade of late, and the number of burglaries and kidnappings is on the rise. Such events might not seem all that unusual, except for the bandits' calling card -- webbing! Can the PCs penetrate the bandit lair and slay the leader before any more locals vanish? This adventure has been designed as a one shot adventure for 4-8 players, pregen 5th level characters included, in 4-6 hours. It tells a classic story of the "good" races oppressing the "dark" races, with their warlike expansionist ways. Ever been on a long running campaign and in one of the sessions one or a few players couldn’t make it? This adventure was made to be used as sort of a filler episode to fix that. Made for a small party of 1st-4th lvl characters and to be played in a single session. Story summary - The Gold Knife Bandits, a gang formed by a former army squadron that deserted. They are remarkably loyal to each other and are known in the area for attacking army caravans and camps. However, after several months of unfortunate loots. They decided to house a cultist of Beshaba and do what he asks to take away the curse of misfortune the gang is obviously under. Unfortunately, that includes using some members of the party as a sacrifice. The party will find the bandits cavernous hideout, clear through it, face the cultist, the Bandit's old boss, or both! All in a day’s worth of adventuring.

From the magazine: "Brave are the mortals who take on the tasks of the gods - and dreadful their fate if they fail." This adventure is heavily themed on Greek mythology, using Greek gods as NPCs and even sending the PCs back to ancient Greece to obtain the main object of the quest. Eventually the PCs find the chest that they seek, which actually holds the god Hermes inside. He was being held by the Aloeids, two brother cyclops. After rescuing him, the PCs may gain his favor and perhaps the favor of more Greek gods. The great city of Absalom is known as a center for trade, education, and art. Inside the Ivy District reside dozens of famous artists, but one has the talent to bring his paintings to life and use paint to conjure terrible monsters bent on destruction. Can the player characters stop the mad painter before he perfects his art? Gallery of Evil is an urban adventure for 8th-level characters, compatible with the world's most popular fantasy roleplaying game. This adventure includes details on the metropolis of Absalom's Ivy District, as well as the home of the diabolical artist and his twisted works. The PCs must track down the deadly paintings and discover the true identity of the artist behind it all. 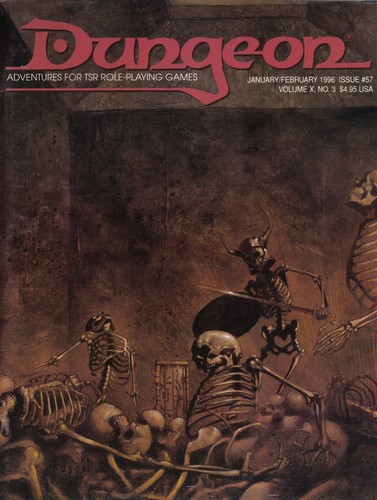 A short "side trek" encounter. Reports abound of brigands and hobgoblins attacking travelers in the area. Though there were brigands, the attacks are the work of a Thoul (magical combination of a hobgoblin, ghoul, and troll). The Thoul is playing dead in the road to attract prey. It has been doing this successfully for a number of days now with the help of its mate, a second Thoul hiding nearby. The PCs must defeat the Thouls to keep the road safe for travelers between the local towns. An expedition of dwarf warriors from Citadel Adbar finds itself isolated and besieged by Ice Spire ogres and their allies. They require immediate relief or they risk being destroyed to a dwarf. Seer has directed you to their location in the hopes that you can rescue the dwarves and save their precious cargo, a tablet bearing secrets of ancient rune magic. The sleepy town of Karpad in shadow-haunted Nidal has long been overseen by the Boroi family, and until a few weeks ago, the citizens under Baron Stepan Boroi's rule have lived uneventful lives of relative peace. Recently, however, the outbreak of a virulent and fatal disease and a number of mysterious disappearances have left the people of Karpad paranoid and fearful. Even Baron Stepan has been acting strangely, and now the tenuous balance of racial tensions between Karpad's human and fetchling populations stands on the verge of collapsing into total anarchy. 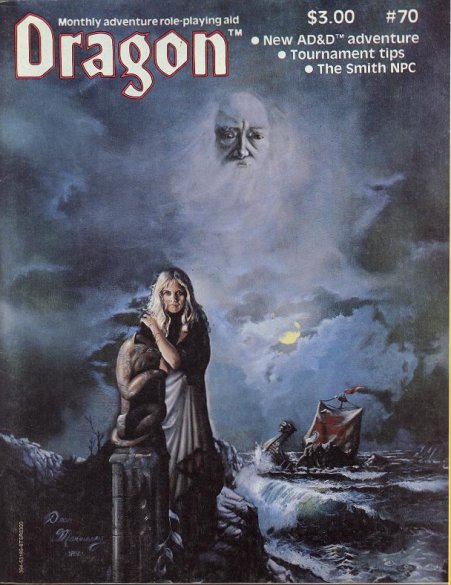 This module was originally used for the AD&D Tournament at Origins '79. Your party is lost! You should never have abandoned the ship and struck out into the marshes, but your pursuers were closing on your trail, and it seemed the only way. Stumbling onward through the fens, your party makes for higher ground ahead. As you cross the ridge, you see a clearing before you. There in an ancient ruin - a worn and overgrown pyramid fills the courtyard, shining in the moonlight, seeming almost brighter than the moon itself.