Watch out! This is the AdventureLookup development preview. All data you insert here is regularly wiped. Check out https://adventurelookup.com for the real website.
Adventures Login or Register
Add a new adventure
Random Adventure
A community for lazy dungeon masters
285 adventures found The Stolen Lands consume many wanderers—the perils of its rugged wildernesses and hidden mysteries prey upon even the wariest of travelers. Founded upon one of the most savage frontiers, the colony of Varnhold defied the many dangers of this harsh region. At least, it did until all the residents of the fledgling community completely disappeared. Now it falls to the PCs to discover what became of their eastern neighbor, a secret steeped in generations-old hatreds and the mysteries of an empire long crumbled to dust. Can they uncover the terrible secret behind this shocking disappearance before the same calamity befalls their own land? A Chance Encounter is a classic, low level adventure designed for a group of 3 to 4 1st level players. It should take about 2 to 3 hours to play through. This is the first adventure in a miniseries with the next adventure in the miniseries being The Mystic Circle. It is very much a first time adventure for new characters to dip their feet in. Can easily be adjusted to a bigger or smaller adventure. A Mystic Circle follows. 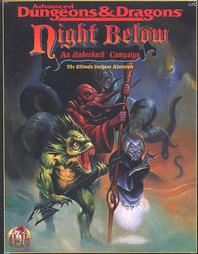 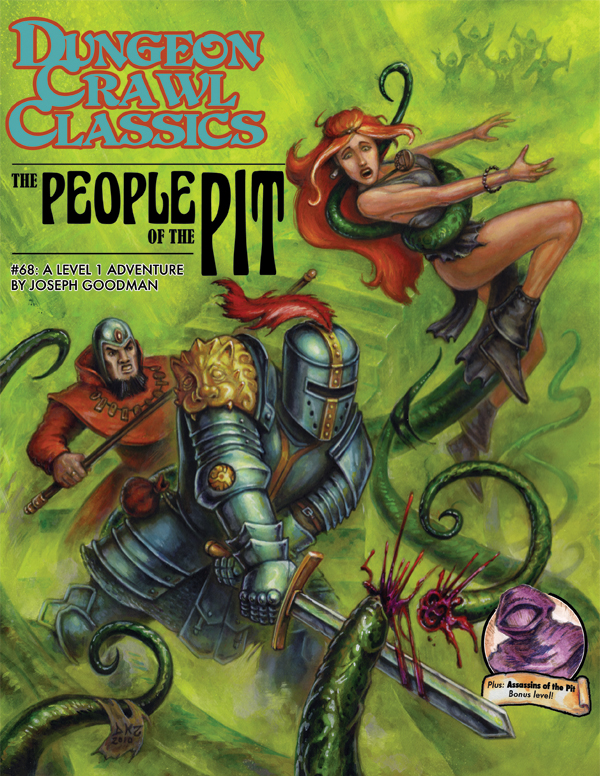 It has been years since the last virgin was sacrificed: and now the pit beast awakens once more! Every generation it stumbles forth on undulating tentacles from its resting place deep below the great ravine, its towering blubbery mass ravaging the land before returning to slumber for decades. But this time is different. The Great Beast strikes with intelligence: bands of faceless gray-robed men emerge from the tenebrous depths, herding the beast’s roaming tentacles before them. The enigmatic people of the pit live despite the passage of ages! The earth shakes each night as they herd the primordial tentacles ever further, while the villagers ask: is any man brave enough to put the sword to this menace? The Shrine of the Axes has been restored and Raggnar Redtooth, who previously conspired with dragon cultists, is trying to restore his reputation in Parnast by sponsoring a feast. There is just one thing he needs, meat for his feast. Game is supposed to be plentiful in the Weathercote Wood, but the townsfolk are all busy with their own work, and the minions of Bad Fruul are still out there causing trouble. What can go wrong on a simple hunt? A Two-Hour Adventure for 1st-4th Level Characters When Harrowstone Prison burned to the ground, prisoners, guards, and a host of vicious madmen met a terrifying end. In the years since, the nearby town of Ravengro has shunned the fire-scarred ruins, telling tales of unquiet spirits that wander abandoned cellblocks. But when a mysterious evil disturbs Harrowstone’s tenuous spiritual balance, a ghostly prison riot commences that threatens to consume the nearby village in madness and flames. Can the adventurers discover the secrets of Harrowstone and quell a rebellion of the dead? Or will they be the spirit-prison’s next inmates?

East of Beregost, nestled in the outskirts of the Wood of Sharp Teeth, Durlag’s Tower has intrigued and yet stymied adventurers for decades. Stuffed full of mechanical traps and arcane wards, and rumored to be inhabited by fiends, very few have managed to extract any REAL treasure from the former home of Durlag Trollkiller. However, a powerful item in the ancient fight against the giants is said to be housed there, and the cloud giant Baron Rajiram has committed significant resources toward recovering it. After a pleasant tea in her garden, Seer calls upon you to beat him there and put a stop to his efforts! Sequel to Durlag's Tower. Adventurers explore a frozen, buried dungeon of long-dead giants that turns out to be the birthplace of Runemagic itself, and may still hold the secrets of that forgotten art. However, even if they do survive the extreme cold and unfriendly denizens, they will still have to face the massive Runeforged Guardian before they can escape. This adventure includes lots of interesting multi-part traps and alternate encounters that can be added or swapped out in several places.

In the dark days of the Chaos War, a band of heroes sets forth to recover the famed Chaos Reaver - a sword said to possess the power to banish creatures of Chaos from the land. Converted to 3.5e from the original SAGA version published in Polyhedron UK #7 (2000). Men always seek the blood of monsters. Some spill it to avenge their massacred families. Others swim through an ocean of gore to find treasures worth the envy of kings. A few know blood can be a priceless treasure in and of itself. Alchemy has long used the lifeblood of monstrosities as arcane fuel, and of all the legendary beasts, the blood of the gorgon holds the most secrets. Few know the blood's darkest lore, its ability to draw out the monster within every soul. Those who drink gorgon's blood are forever changed, and the darkest horrors of their mind unleashed. The heroes hunt a deadly murderer who stalks the streets of the Free City of Zobeck after nightfall, and cross blades with a guild of monsters who rule the city from below. Lucky heroes might risk no more than their lives. Unlucky heroes must wager their souls in a game where monsters and men dance close enough to share their blood and their fate.

Madness in Freeport, the final part of the Freeport Trilogy, details the final confrontation between the PCs, the Brotherhood of the Yellow Sign, and Sea Lord Milton Drac. In Part One, the Drac invites the PCs to the Grand Lighthouse Ball. Careful investigation can reveal the secret purpose of the lighthouse. In Parts Two and Three, the PCs must recover a powerful artifact to thwart the Brotherhood's plans. They must pass through an infamous pirate's hidden caves, then search a sunken temple of the serpent god Yig. In Part Four, the heroes must enter the Grand Lighthouse, AKA Milton's Folly, in a race against time to stop the Brotherhood's world-shaking master plan from coming to fruition. (Bibliographic note: This adventure was originally written for v.3.0, and later updated to the v.3.5 rules. The revised versions of Death, Terror, and Madness in Freeport were reprinted in an omnibus edition, along with two shorter filler adventures, as The Freeport Edition: Five Year Anniversary Edition.) A Vistani fortuneteller has called you out by name during the Burgomaster’s private reading. She raved of an army of the dead, a delicate powderbox, and a beautiful yet dangerous woman. Now the Burgomaster wants to know why you’re more important than he is... Part Four of Misty Fortunes and Absent Hearts.