Watch out! This is the AdventureLookup development preview. All data you insert here is regularly wiped. Check out https://adventurelookup.com for the real website.
Adventures Login or Register
Add a new adventure
Random Adventure
A community for lazy dungeon masters
1062 adventures found
Dreadful Vestiges
AD&D
Levels 4–7
13 pages
0  0

"When the hunters become the haunted" A priest of Helm summons an unlikely ally.

Someone has "borrowed" a cleric, and without him, the fabled King's Festival cannot go on. Unfortunately, it looks like the orcs have him, and your characters must rescue him. A great learning adventure, King's Festival provides players and DMs with a valuable introduction to fantasy role-playing in the land of Karameikos. Full of helpful hints for the players and the DM, this module also provides a full dose of excitement! Orcs, carrion crawlers, and villains challenge the characters' fighting skills, and a host of traps and puzzles confound their wits! TSR #9260, from 1989 Beware of Baba Yaga and her infamous hut! Baba Yaga is an ancient crone who is said to have power over day and night itself. Many seek her out for her wisdom, which she has gleaned from centuries of travel through numerous worlds. Others, bolder and more foolish, search out the hut to plunder its treasures, which Baba Yaga has gathered from every corner of the multiverse. None, thief or scholar, who enter the Dancing Hut of Baba Yaga leave unscathed. How will you fare now that the great Baba Yaga is in your neighbourhood? Intrepid explorer Reslin Kine garnered a modest reputation and fortune for himself throughout his years adventuring. When he learned he'd die of an incurable illness before his first child would be born, Reslin hired the best workers and wizards he could find to create a vault to protect his son's inheritance. Reslin kept a journal of his efforts, logging the information necessary for his heir to find the vault and claim its treasures. Whatever came of Reslin Kine, his family, or his treasure is now the stuff of stories. Through whatever circumstance, the party has managed to get their hands on a few tattered pages of Reslin’s journal. The cryptic entries noted there contain clues to finding his vault, and the treasure which awaits inside! 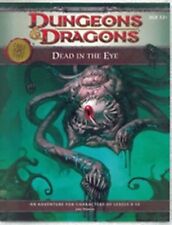 In “Rescue at Rivenroar,” the player characters must brave the depths of ancient catacombs in search of prisoners taken from the town of Brindol in a midnight raid. The hobgoblins, bandits that style themselves after an invading horde from long ago, have taken refuge in a dungeon under a ruined mountain fortress, and the PCs must clear them out to find the captive townsfolk and the treasures taken from Brindol. “Rescue at Rivenroar” also marks the first step in a great journey - the Scales of War Adventure Path, which spans 30 levels and put the PCs at the crux of events that shapes the world for centuries to come. While the scope of this adventure isn’t as grand, it represents the seed from which an epic tale will surely grow.

From the magazine: "Another day, another kidnap victim to rescue - but this victim has four feet and likes old soup bones. An adventure with some bite." Sir Veneti of Chardon's prize mastiff was stolen just before the city's mastiff duel. He knows that it was his biggest rival, Sir Machi. Sir Veneti needs the party to seize Sirius, the mastiff, from a ship called Gale's Teeth. What the party doesn't know is that a pirate stranged in town is also planning a heist on this ship the very same night that they plan to steal back the mastiff! This adventure has opportunities for both combat and roleplaying, and allows for multiple ways for the players to finish the adventure. What happens when you are invited to a dinner party at the Karnov Mansion during a full moon? Certainly nothing good. The wonderful dinner party, complete with excellent food, drink, and company, soon evolves into a 'cat & mouse' game that has the adventurers fighting for their lives. Will they survive? And will they uncover the secret of the Karnov Mansion? Although the adventure is set in a non-specific location and can be dropped into any campaign, it feels right at home as a Curse of Strahd or Ravenloft one-shot adventure. A 3 to 4-hour adventure for a party of levels 4 thru 6. (Note: A party of 4th level without magical weapons may find this adventure challenging.) "For the past sixty-seven years Wheatwinter Farm, a small farm outside the village of Longbranch, has produced an essential survival tool for the town — a unique strain of wheat that can survive the harsh winters of the region. However, for the past few weeks something has been terrorizing the livestock at Wheatwinter and the surrounding farms. Markus Wheatwinter has defended his farm from goblins time and time again, but this time something is different and he has put out a call for aid." When ankhegs assault Wheatwinter farm, the party is called upon to exterminate them and rescue the farmer in this adventure loosely inspired by Starship Troopers.

In times ancient, an infamous paladin-artificer named Khaldun unearthed a cursed tome bound in the flesh of the first medusa. Driven to madness by its secrets, he used the necromantic magic contained within to call forth an army of dread warriors from the Netherworld. Though his assault was devastating, he was ultimately unsuccessful, and the mightiest crusaders of the realm banished Khaldun to the Netherworld, where he would rot for eternity at the bottom of the River Dis. Unfortunately, rather than perishing in that bleak plane, Khaldun escaped his silt grave and thrived, amassing a legion of undead followers and erecting a Tomb in which he could perfect his mechanical craft without interruption. It was not long before he shed his body and became a demilich. After several centuries of scheming, the undead warriors under the command of the ‘Iron Lich’ have burst free of the Netherworld, laying waste to not only the mortal kingdoms that exiled him, but also the exalted domains of the gods themselves. The crusaders’ quest is simple – stead the Tomb and destroy the Iron Lich.