Watch out! This is the AdventureLookup development preview. All data you insert here is regularly wiped. Check out https://adventurelookup.com for the real website.
Adventures Login or Register
Add a new adventure
Random Adventure
A community for lazy dungeon masters
222 adventures found
Trouble in Threshold
AD&D
Level 1
? pages
0  0 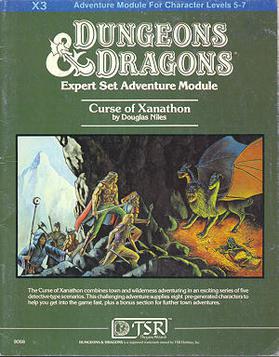 When the grotesque god, Cretia, casts his ugly shadow over the town, strange things start happening. First, Duke Stephen vanishes. Then bizarre proclamations begin coming out of the Ducal Palace... Dwarves are outlawed... taxes must be paid in beer... horses must be ridden backwards. Soon the entire town is in an uproar and a Dwarven army is marching on Rhoona. This is the situation when you and your part of valiant adventurers arrive in the suffering town. TSR #9056, from 1982 As whelps of the Licktoad tribe just out of their swaddling cages, the goblins Chuffy, Mogmurch, Poog, and Reta must prove themselves by undergoing a series of challenges, from tying a string to a large spider and shouting insults with hot rocks in their mouths to facing off against a goblin bully and his dimwitted minions. As a final test of their mettle, they must make a dangerous (and smelly) trek to claim a toad from the nearby swamp and present it to the terrifying presence that lurks within the Cave of Darkfear, only after which can they truly call themselves goblins! Can two kings truly trust one another? King Irovetti, ruler of Pitax and potential rival to the leaders of the eastern Stolen Lands, opens his gates and hospitality to the lords of that realm. Within his city of shallow indulgences and crude decadence, he hosts a tournament ostensibly meant to foster friendship and peace, but fraught with dangers all its own. Is the King of Pitax’s good will sincere, or does he harbor a more sinister goal? And are the PCs fated to gain an opponent who commands not only a nation, but allies from a deadly other realm? Kingmaker part five of six. The strange city of Carrion Hill has long loomed over the surrounding swamps in eastern Ustalav, yet its rulers have shifted many times through the centuries. Often enough that only a few sinister scholars and curious minds know the true nature of the hill’s original inhabitants—vile and depraved cultists of the Old Gods. Yet this morning, a dreadful recrudescence rises from the depths of buried nightmare in the vaults below Carrion Hill. A monster stalks the twisted alleys of the city, spreading panic before it and leaving destruction in its wake. Can the Carrion Hill Horror be stopped?

Strange things are afoot in the Moonsea. The factions have called all those willing and able to investigate strange occurrences in the region surrounding Phlan. Dark whispers and unseen terrors lurk in the misty shadows between this world and someplace much more sinister. Unveil the horrors before it is too late! Part one of Misty Fortunes and Absent Hearts.

Follows DLQ1 Knight's Sword. Rumors are circulating that Flint's axe has been seen around Hillhome. It is up to the player characters to solve the mystery and find the legendary battle axe of one of the Heroes of the Lance.

Life on the Moonsea isn't easy. Bandits, pirates, and cruel lords dominate the land, threatening those who make an honest living there. Now, a new scourge is prowling the waters: A ghost ship has been striking small coastal villages, leaving its victims whispering about the "eye of the dracolich." Nanfield is an island village of over 50 NPCs with mysteries plaguing both its present and its past. It contains a unique ecosystem and economy and a ship full of friendly pirates that will invite you by for dinner after accidentally attacking your party. It can be inserted into any campaign as an interlude during a travel montage, as a one-shot encounter, or as the base of future adventures. It best suits a party of level 4 to 8 characters, but can be easily modified or run for lower or higher level groups. Advice on fitting the encounter into your campaign is provided throughout. Nanfield contains over 50 NPCs you can use, several very unique and compelling characters, a Druid stat-bloc, a ship-to-ship fight, an investigation, and a fight with a Harpy (or more, depending on the outcome of the investigation). 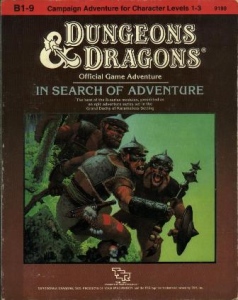