Watch out! This is the AdventureLookup development preview. All data you insert here is regularly wiped. Check out https://adventurelookup.com for the real website.
Adventures Login or Register
Add a new adventure
Random Adventure
A community for lazy dungeon masters
4 adventures found
The Iron Orb of the Duergar
AD&D
Levels 11–15
22 pages
0  0 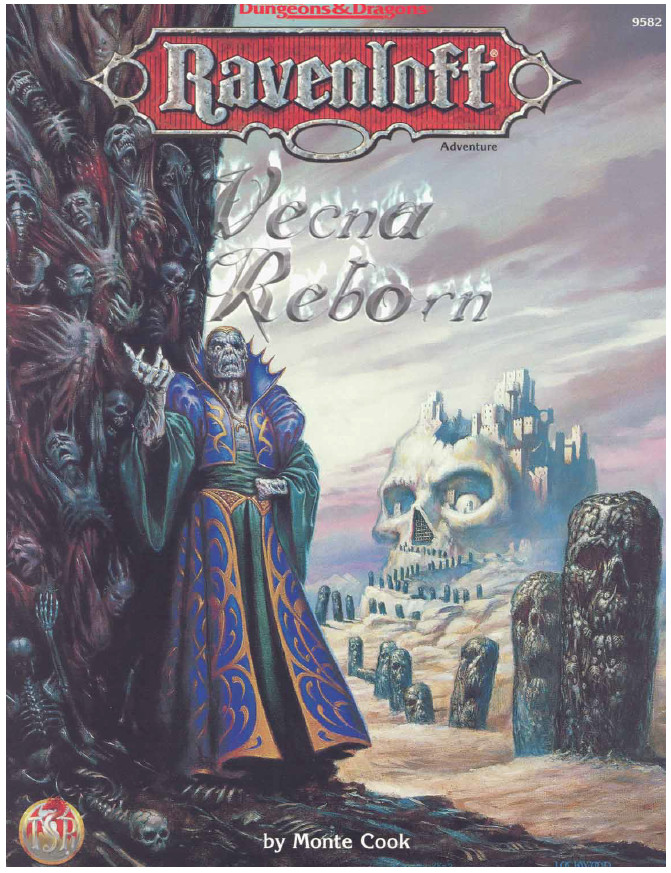 A chance encounter on the road marks the heroes as targets for an evil cult attempting to cause the rebirth of the lich god Vecna in the domain of his arch-foe, Kas. This act will free their master from his misty prison and allow him to gain vengeance upon his enemy at the same time. To learn more of the cult’s mysterious plans, the characters explore a cache of ancient lore in Tor Gorak, the major city in Tovag. Clues lead them right to the heart of Cavitius, Vecna’s own domain. There, they must discover the secret way into the Shadowed Room, an ancient library that no longer exists in time or space yet can still be reached by using an arcane ritual. Learning this secret brings the heroes into conflict with Vecna’s priesthood and their powerful servants. In this adventure, the PCs find themselves in Urik, perhaps as a result of the war between Tyr and Urik that took place in Road to Urik. There, they become involved in a ritual meant to help a nascent Avangion (a very powerful wizard/psion of a generally benign type) reach the next stage of its development, but the ritual is interrupted by Urik's templars. The Avangion-to-be is left in a cocoon, and the PCs are tasked with bringing it to a new location in the wilderness where the ritual can be completed. They need to get the cocoon to the ritual location before it's too late, while evading pursuit as well as dealing with any wilderness dangers on the way, plus the evil machinations of a raiding tribe seeking the wizard for their own dark purposes. The adventure is fairly rail-roaded with a series of set encounters between points A and B. Like other Dark Sun adventures, it comes with a set of handouts. Unlike the previous adventures in the series, Arcane Shadows is not tied to the Prism Pentad novel series, nor is it really tied to the previous adventures. You can easily play it as a stand-alone without affecting the earlier ones.